The Coral USB Accelerator is a USB device that provides an Edge TPU as a coprocessor for your computer. It accelerates inferencing for your machine learning models when attached to either a Linux, Mac, or Windows host computer. This page is your guide to get started.

All you need to do is download the Edge TPU runtime and the PyCoral library on your computer. Then we'll show you how to run a TensorFlow Lite model using the accelerator.

If you want to learn more about the hardware, see the USB Accelerator datasheet. 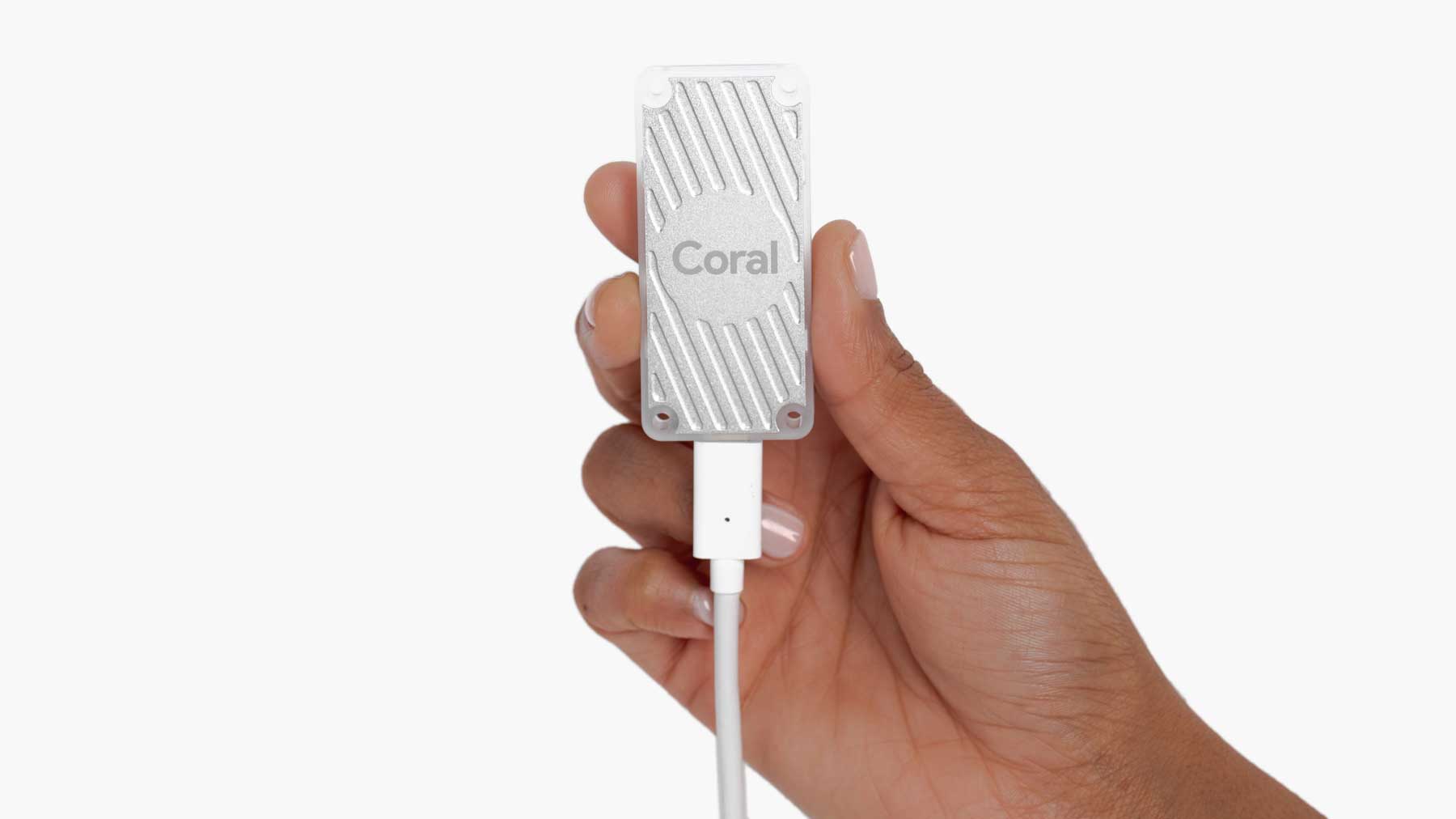 The Edge TPU runtime provides the core programming interface for the Edge TPU. You can install it on your host computer as follows, on Linux, on Mac, or on Windows.

Then continue to install the PyCoral library.

The above command installs the standard Edge TPU runtime for Linux, which operates the device at a reduced clock frequency. You can instead install a runtime version that operates at the maximum clock frequency. This increases the inferencing speed but also increases power consumption and causes the USB Accelerator to become very hot.

If you're not certain your application requires increased performance, you should use the reduced operating frequency. Otherwise, you can install the maximum frequency runtime as follows:

You cannot have both versions of the runtime installed at the same time, but you can switch by simply installing the alternate runtime as shown above.

Then continue to install the PyCoral library.

PyCoral is a Python library built on top of the TensorFlow Lite library to speed up your development and provide extra functionality for the Edge TPU.

We recommend you start with the PyCoral API, and we use this API in our example code below, because it simplifies the amount of code you must write to run an inference. But you can build your own projects using TensorFlow Lite directly, in either Python or C++.

To install the PyCoral library (and its dependencies), use the following commands based on your system.

If you're using Debian-based Linux system (including a Raspberry Pi), install PyCoral as follows:

2b: On Mac and Windows

If you're using Mac or Windows, install PyCoral as follows:

Windows users: Instead of typing python3 as shown here (and elsewhere in our docs), you can use the py launcher. Just be sure you use Python 3.5 or newer.

Alternatively, you can download a specific PyCoral wheel file and pass it to pip install.

3: Run a model on the Edge TPU

Now you're ready to run an inference on the Edge TPU.

Windows users: The following code relies on a Bash script to install dependencies. If you're new to using Bash on Windows, we suggest you try either Windows Subsystem for Linux or Git Bash from Git for Windows.

Follow these steps to perform image classification with our example code and MobileNet v2:

Congrats! You just performed an inference on the Edge TPU using TensorFlow Lite.

To demonstrate varying inference speeds, the example repeats the same inference five times. Your inference speeds might differ based on your host system and whether you're using USB 2.0 or 3.0.

The top classification label is printed with the confidence score, from 0 to 1.0.

To learn more about how the code works, take a look at the classify_image.py source code and read about how to run inference with TensorFlow Lite.

To run some other models, such as real-time object detection, pose estimation, keyphrase detection, on-device transfer learning, and others, check out our example projects. In particular, if you want to try running a model with camera input (including support for the Raspberry Pi camera), try one of the several camera examples.

If you want to train your own model, try these tutorials:

Or to create your own model that's compatible with the Edge TPU, read TensorFlow Models on the Edge TPU.